Tetrahydrocannabinol (THC), the primary psychoactive component of marijuana, can be found in breast milk for up to 6 days after maternal marijuana use, according to a new study published in Pediatrics.

The legalization of marijuana in several states has led to increased use of the drug for both medicinal and recreational purposes.”Pediatricians are often put into a challenging situation when a breastfeeding mother asks about the safety of marijuana use,” said Christina Chambers, PhD, MPH, principal investigator of the study, professor in the Department of Pediatrics at UC San Diego School of Medicine and director of clinical research at Rady Children’s Hospital-San Diego. “We don’t have strong, published data to support advising against use of marijuana while breastfeeding.”

For this study, researchers sought to quantify cannabinoid concentrations in human milk by analyzing 54 breast milk samples from 50 women who participated in the Mommy’s Milk Human Milk Research Biorepository at UC San Diego; ∆9-THC, 11-hydroxy-Δ-9-tetrahydrocannabinol (11-OH-THC), cannabidiol, and cannabinol were all measured.

Results showed that ∆9-THC was identified in 34 (63%) breast milk samples up to 6 days after the mother’s last reported use. Five samples (9%) had detectable levels of 11-OH-THC or cannabidiol; cannabinol was undetectable in all samples.

The findings highlight the need for further research on the long-term implications of marijuana in breast milk. “Because marijuana is the most commonly used recreational drug among breastfeeding women, information regarding risks to breastfeeding infants is urgently needed,” the authors concluded. 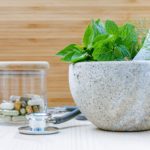