Lyme disease, transmitted by a bite from a tick infected by the Borrelia burgdorferi bacteria, had long been considered easy to treat, usually requiring a single doctor’s visit and a few weeks of antibiotics for most people.

But new research from the Johns Hopkins Bloomberg School of Public Health suggests that a prolonged illness associated with the disease is more widespread and serious in some patients than previously understood. With an estimated 240,000 to 440,000 new cases of the tick-borne illness diagnosed every year, the researchers found that Lyme disease costs the US health care system between $712 million and $1.3 billion a year—or nearly $3000 per patient on average—in return doctor visits and testing, likely to investigate the cause of some patients’ lingering symptoms of fatigue, musculoskeletal pain, and memory problems. These visits come after patients have finished their original course of antibiotics.

Some doctors call those persistent symptoms post-treatment Lyme disease syndrome (PTLDS); others call it chronic Lyme disease. Still others attribute the complaints of fatigue, headaches, and memory problems to the hum of daily life, and the aches and pains that come with aging. At the core of the controversy is whether PTLDS can be a severe and chronic condition that requires more than reassurance and symptomatic therapy. While a blood test can confirm Lyme disease, there is no definitive test for PTLDS and there are no approved or proven treatments. It’s a controversial topic in medicine, the Hopkins researchers say.

A report on the findings was published online February 4 in the journal PLOS ONE.

“Our study looks at the actual costs of treating patients in the year following their Lyme diagnosis,” says study author Emily Adrion, MSc, a PhD candidate in the Department of Health Policy and Management at the Johns Hopkins Bloomberg School of Public Health. “Regardless of what you call it, our data show that many people who have been diagnosed with Lyme disease are in fact going back to the doctor complaining of persistent symptoms, getting multiple tests and being retreated. They cost the health care system about $1 billion a year and it is clear that we need effective, cost-effective and compassionate management of these patients to improve their outcomes even if we don’t know what to call the disease.”

Adrion and her colleagues looked at medical claims data from approximately 47 million people enrolled in a wide range of commercial health insurance plans in the US between 2006 and 2010. The researchers ended up analyzing 52,795 cases of Lyme disease patients under the age of 65 who had been treated with antibiotics within 30 days of a Lyme disease test order and/or Lyme disease diagnosis. The data were compared to nearly 264,000 other similar people with no evidence of Lyme disease exposure.

The researchers found that, on average, people with Lyme disease cost the system $2968 more than matched controls. They had 87% more visits to the doctor and 71% more visits to the emergency room within the year following diagnosis. Those with Lyme disease were nearly 5 times more likely to have any PTLDS-related diagnosis—fatigue, nerve pain, joint pain, cognitive troubles—within that year and were 5.5 times more likely to have a diagnosis of debility and excessive fatigue.

Among those with Lyme disease, having one or more PTLDS-related diagnosis was associated with $3798 more in health care costs as compared to those with no post-treatment symptoms.

Lyme disease is named after the town in Connecticut where it was first recognized in 1975. It now hits its peak in June and July and is found from Maine to Virginia along the East Coast of the US. The tick causes a skin reaction that resembles a bulls-eye or spider bite. If left untreated, Lyme disease may lead to neurologic and rheumatic symptoms weeks or months later. Treatment with the antibiotic doxycycline is associated with a more rapid resolution of early signs of infection and prevention of the majority of later symptoms, the researchers say.

Still, some patients report symptoms lasting for weeks, months, or years beyond completion of the original antibiotic regimen. There is no approved therapy for these patients and the magnitude of the problem in the US population has never been systematically studied. The Centers for Disease Control and Prevention estimates 10% to 20% of those treated for Lyme disease with the recommended 2-to 4-week course of antibiotics continue to have symptoms. But, in the new study, the researchers found that more than 63% of those treated for Lyme disease had at least one PTLDS-related diagnosis—a rate 36 percentage points higher than in those who did not have Lyme disease.

The study’s lead author, John Aucott, MD, an assistant professor of rheumatology at the Johns Hopkins University School of Medicine, says it does no good to keep debating the existence of long-term problems related to Lyme disease while people are suffering a debilitating illness. And he says that increasing awareness of potential complications is crucial to avoid misdiagnosis and unnecessary medical testing.

“These patients are lost,” he says. “No one really knows what to do with them. It’s a challenge, but the first thing we need to do is recognize this is a problem. There’s not a magic pill. These patients already got the magic pill and it didn’t work.”

This research was funded by a grant from the Lyme Disease Research Foundation. The above story is reprinted from materials provided by Johns Hopkins Bloomberg School of Public Health  via Newswise. 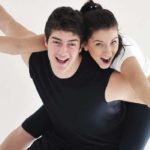 Bariatric Surgery Can Benefit Some Obese Children and Teens