The Company is currently conducting an open-label, dose-ranging phase 1 trial (ClinicalTrials.gov Identifier: NCT03634007), which will assess the safety and tolerability of LX1001 for the treatment of patients with early-stage Alzheimer disease with mild cognitive impairment who are APOE4 homozygous. Initial trial data is expected in the second half of 2021.

R. Nolan Townsend, CEO of Lexeo Therapeutics, commented, “While other treatments in development focus on the pathogenesis of Alzheimer disease, LX1001 is the first investigational gene therapy designed to correct the underlying genetics of the disease thereby addressing the most significant risk factor for developing Alzheimer’s disease.”

The FDA’s Fast Track designation allows for expedited review of therapies that are meant to treat serious or life-threatening conditions. Generally, the designation is granted to drugs that are expected to have an impact on factors such as survival and daily functioning. 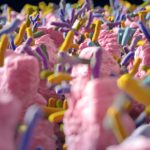