HealthDay News — About 5.4 million Americans lost their health insurance after being laid off between February and May due to the COVID-19 pandemic, a new study shows.

The number of adults who lost coverage due to unemployment during those months is higher than the number of those who have ever lost insurance in a single year, The New York Times reported.

The increase in uninsured laid-off workers during the study period was nearly 40 percent higher than the highest previous increase of 3.9 million, which occurred during the 2008-2009 recession, according to the study from the nonpartisan consumer advocacy group Families USA. Nearly half (46 percent) were in five states: California, Texas, Florida, New York, and North Carolina, The Times reported. In the 13 states that did not expand Medicaid — including Texas, Florida, and North Carolina — 43 percent of laid-off workers became uninsured, nearly double the rate of 23 percent in states that did expand Medicaid.

“We knew these numbers would be big,” Stan Dorn, one of the study authors and director of the Families USA National Center for Coverage Innovation, told The Times. “This is the worst economic downturn since World War II. It dwarfs the Great Recession. So, it’s not surprising that we would also see the worst increase in the uninsured.” 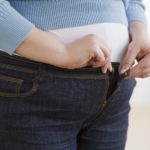 Medication Use Linked to Weight Gain in Postmenopausal Women