Excessive numbers of negative clinical trials — many of which may be false-negative trials — are a major impediment to the advancement of critical care medicine, according to an opinion piece published in The Lancet Respiratory Medicine.

John G Laffey, MD, of the Regenerative Medicine Institute (REMEDI) at the Centre for Research in Medical Devices (CÚRAM) and professor of biomedical sciences and anesthesia and intensive care medicine at the National University of Ireland Galway, and Brian P. Kavanagh, of the departments of anesthesia and physiology at the University of Toronto, in Ontario, Canada, discussed the limitations of randomized clinical trials (RCTs) in critical care medicine, noting that the vast majority come to negative conclusions. Drs Laffey and Kavanagh asserted that positive results constitute only 5% of the 20 most recent large pharmacologic studies in sepsis and acute respiratory distress syndrome (ARDS).

They argued that the failure to find positive results in such an overwhelming majority of RCTs is highly unlikely and may be reflective of faulty trial design. In most cases, the explanation for false-negative results is that the patient population is too small to detect positive results, a statistical limitation.

But the investigators also maintained that if an intervention is not well-matched to the patients in the study — that is, if the biologic target is absent in the patients — the limitation is then biologic, not statistical. They contended that this is a major problem in trials in critical care medicine and note that almost all studies of sepsis or ARDS depend on consensus definitions rather than specific diagnoses to determine trial eligibility, as both are heterogeneous syndromes rather than diseases.

Falsely-negative studies can have important adverse effects. Potentially effective therapies may be discarded because they were studied in the wrong patient population, or in too small a patient population. A prevalence of negative studies in a specialty can also discourage bright minds from entering that specialty and impede progress in elucidating pathologic mechanisms.

Drs Lafferty and Kavanagh outlined several steps that could be taken to break the cycle of negative RCTs in critically ill patients. While conventional consensus criteria may be helpful during the preliminary screening for an RCT, the same criteria may not be optimal for determining trial eligibility.

In contrast, selection of subgroups of patients likely to respond to an intervention may reduce study noise, sample size, and study-associated harm. Another suggestion is that improved understanding of the biologic mechanisms involved in these syndromes may identify molecular targets for therapies. The investigators noted that approaches focusing on disease mechanisms in subgroups of patients with ARDS and sepsis have already shown promise. 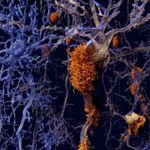