Chronic alcohol consumption is associated with cognitive deficits. Alcohol withdrawal in people with alcohol use disorder (AUD) can be life threatening. The symptoms often trigger people with AUD to relapse. The researchers wanted to explore targeting brain energetics as an intervention, as acute alcohol consumption decreases glucose metabolism in the brain and increases acetate metabolism. KDs increase ketone bodies that can be used as an alternative to glucose as an energy source.

Changes in urinary ketones were observed by day 3. Blood ketones became elevated in the KD group in week 1.

Limitations were a small sample size and the fact that the preclinical study was performed only on male rats.

The study “offers a potential new treatment for AUD that is diet-based,” the researchers concluded. “Moreover, the promising results obtained from the preclinical model of alcohol dependence that showed the successful reduction in alcohol intake 6 to 7 weeks after KD termination hint at the possibility that the KD might have long-lasting beneficial effects, which merits further clinical corroboration.”

Alcohol Consumption Diet and Nutrition Medicine
Next post in Medicine 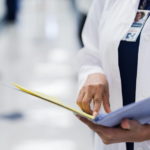