A 2016 experimental rule change in National Collegiate Athletic Association (NCAA) Division I Ivy League play has been linked with a reduction in concussions among players, according to a research letter published in JAMA.

Researchers from the University of Pennsylvania and Princeton University investigated the effect of an experimental rule change that moved the kickoff and touchback lines from the 35 and 25 yard lines to the 40 and 20 yard lines, respectively. Douglas J. Wiebe, PhD, of the Department of Biostatistics, Epidemiology, and Informatics at the Perelman School of Medicine in Philadelphia, Pennsylvania, and colleagues used a web-based repository of concussion information for this participant population.

Concussions were identified during regular-season in-conference games for 5 seasons (2013-2017). Play type — kickoff, play from scrimmage, punt, or field goal or extra point attempt — was evaluated, as well as annual concussion rates both before and after the 2016 rule change (2013-2015 and 2016-2017 seasons, respectively).

Study limitations include possible bias resulting from a 2016 rule that eliminated full-contact hitting in practice settings.

“The kickoff return in football, in which athletes run at speed toward each other over a long distance with the potential for significant impacts, has been associated with a substantial number of concussions,” the researchers wrote. “The action taken by Ivy League leadership based on epidemiologic evidence demonstrates how target policy changes can reduce sport-related concussion.”

Dr Wiebe and colleagues concluded that although results may not be generalizable outside of an Ivy League setting, they “may inform the NCAA as it considers adjusting the kickoff rules in football in all collegiate conferences.” 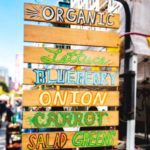