The most clinically appropriate mode of hydrocortisone administration during major stress in patients with adrenal insufficiency is continuous intravenous (IV) hydrocortisone, as this therapeutic strategy steadily maintains circulating cortisol in the target range, according to study results published in The Journal of Clinical Endocrinology & Metabolism.

Patients with adrenal insufficiency are at risk for adrenal crisis during acute stress, as they are unable to produce a sufficient amount of cortisol. Prevention of adrenal crisis requires increased hydrocortisone replacement doses, but there are limited evidence-based recommendations for dose and mode of glucocorticoid replacement during stress. Researchers assessed data from 3 clinical studies to address this information gap.

In a cross-sectional study, circulating glucocorticoid concentrations were measured in 122 healthy, nonstressed controls and 288 participants with major stress at the time of blood sampling, including 105 who had their blood samples taken within 4 weeks of their deployment to the Afghanistan conflict, 83 who were prospectively recruited and had acute major trauma, and 100 who had blood samples taken within 24 hours of fulfilling criteria for sepsis.

In a longitudinal study, 22 patients with preserved adrenal function were prospectively recruited and had blood samples taken repeatedly over a 24-hour period while undergoing elective surgery with general anesthesia.

Serum total cortisol concentrations were highest and most variable in patients with sepsis, followed by patients who underwent elective surgery with general anesthesia, those with combat stress, and those with acute major trauma.

In patients who underwent elective surgery, there was an initial decrease in serum cortisol, which was likely linked to the induction of anesthesia, followed by a gradual increase in cortisol levels, with higher concentrations during longer-lasting surgery.

Continuous IV hydrocortisone was the only delivery mode that steadily maintained circulating cortisol in the range observed during major stress, as serum cortisol concentrations consistently remained within the same range from approximately 2 hours after the commencement of infusion, without distinct peak and trough concentrations after the achievement of a steady state. In contrast, intermittent bolus administration of hydrocortisone resulted in frequent troughs with lower concentrations.

In linear pharmacokinetic models of stress-dose hydrocortisone administration modes and doses combined with mixed effects regression, continuous IV infusion of 200 mg hydrocortisone over 24 hours, following an initial bolus of 50 to 100 mg hydrocortisone, as the optimal replacement regimen in patients with adrenal insufficiency exposed to major stress.

The study had several limitations, including a single serum cortisol measurement in all stress conditions other than elective surgery, no assessment of the dynamics of cortisol metabolism during surgery or major stress, inclusion of patients who underwent moderately invasive procedures, and no data on more invasive and longer-lasting surgeries.

“[O]ur data provide evidence that hydrocortisone stress dose cover during surgery, trauma, and major illness in patients with adrenal insufficiency should be provided by continuous intravenous infusion of 200mg hydrocortisone over 24 hours, following the administration of an initial intravenous hydrocortisone bolus of 50-100mg,” wrote the researchers. 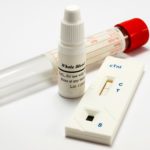