Patients with inflammatory bowel disease (IBD), including Crohn disease (CD) and ulcerative colitis (UC), are routinely screened for intestinal cancers including colorectal cancer (CRC) based on an increased risk compared with patients without IBD.1 The exact pathophysiology explaining this increased risk is not fully understood but is most likely multifactorial and related to the proinflammatory state induced by IBD, an underlying genetic predisposition, medications used to treat IBD, and/or alterations in the gut microbiome.2,3

Although healthcare practitioners are aware of the increased risk of malignancy directly within the gastrointestinal (GI) tract, there is less awareness and research regarding the risk of extraintestinal cancers (EICs). Therefore, Lo et al recently performed an updated systematic review and meta-analysis evaluating the risk of EICs in patients with IBD using population-based cohorts and published their findings in Clinical Gastroenterology and Hepatology.2

The authors concluded that there was an overall increased risk of 43% in CD and 15% in UC for developing EICs, with skin, hepatobiliary, and hematologic malignancies being the most common. This equated to approximately 5 to 6 EICs per 1000 P-Ys or 5 to 6 cancers among 100 patients followed for 10 years. The risk of EICs appears to be more prominent with CD, which may be attributed to the higher degree of inflammation seen in CD compared with UC. The development of cancer is most likely multifactorial, with proposed mechanisms including the proinflammatory state induced by IBD along with the immunosuppressant effect of many of the treatments used.

This study had several limitations, including the lack of longer-term follow-up, as a majority of the cohorts were followed for less than 10 years. In addition, several studies included were considered to be of low quality. A detailed analysis of how the medications directly affect the risk of EIC was not possible, especially as it pertains to dosing, duration, and potential combination therapy based on the lack of inclusion of these data in many of the studies analyzed. The impact of clinical, endoscopic, and deep remission was also not included in the systematic review or meta-analysis and could potentially have a significant effect on the development of EICs. Inclusion of this type of data should be a focus of future research.

As this study highlighted the impact of IBD on EICs, it is also interesting to conversely review how treatment of EICs may affect IBD. In a small study conducted at Massachusetts General Hospital, 84 patients with IBD and EIC were followed while receiving treatment for cancer treatments.4 Two-thirds (66.7%) of patients with active IBD at cancer diagnosis experienced remission from IBD, possibly secondary to chemotherapy. In patients who were in remission at the time of cancer diagnosis, 17.4% experienced a flare during or within 5 years after cancer treatment. This risk of flare was highest in those patients receiving hormonal therapy. As this study was conducted prior to a significant uptake in immunotherapies, it would be interesting to see how this drug class may affect IBD and vice versa.

As the review conducted by Lo et al clearly highlights, both the diagnosis and prevention of cancer is critical in patients with IBD. This includes all types of cancer, regardless of location, with cancer prevention being a key part of every visit for a patient with IBD. In order to assist healthcare practitioners with this task, the Crohn’s and Colitis Foundation (CCF) has published a series of health maintenance recommendations that can be reviewed with patients during their visits.5

Adult patients aged 18 to 26 years with IBD should consider receiving the human papillomavirus (HPV) vaccine, as this may help prevent HPV-related cancers in the future, regardless of an individual’s IBD status. All women with IBD who are being treated with systemic immunosuppression should undergo cervical cancer screening with cytology annually (if cytology alone) or every 2 years (if HPV negative). Although the Lo et al review did not show any increased risk of reproductive organ malignancies, routine cervical cancer screening is still indicated, regardless of IBD status. Additionally, all patients with IBD treated with systemic immunosuppression should undergo an annual total body skin examination to screen for skin cancer.

With respect to colorectal cancer (CRC), all patients with IBD with “extensive” colitis (affecting more than one-third of the colon) of at least 8 years’ duration should undergo surveillance colonoscopy every 1 to 3 years depending on their cancer risk. Patients with high-risk features for developing CRC (prior adenomatous polyps, dysplasia, family history of CRC, and extensive colitis) should be considered for more frequent colonoscopies than every 3 years. A special subgroup of patients include those with IBD and primary sclerosing cholangitis (PSC); these patients should undergo colonoscopy at time of PSC diagnosis and then annually after.

In addition to these specific recommendations, all patients with IBD should also undergo all age-appropriate cancer screening, such as for breast cancer, with their primary care physician. Any patient with IBD who smokes should be counselled to stop smoking and referred for cessation therapy. Also, any patient receiving systemic immunosuppression should not receive any live vaccines.

At this point, it is unclear if the risks of EIC reported by Lo et al will have an impact on guideline or society-based recommendations; however, it is important to discuss EICs with patients with IBD. Future studies will hopefully provide additional data to help further update current cancer screening guidelines. Of note, Lo et al commented that the version of their article currently published is not yet in its final form and additional changes may be made in the future. 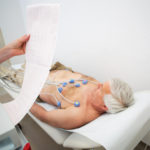