Targeting the elderly (individuals aged ³65 years) for influenza vaccination may not decrease hospitalization or mortality rates in this population, according to a study published in Annals of Internal Medicine.

Influenza is contracted by 10% to 20% of the world’s population each year, and is associated with billions of dollars in healthcare costs. However, there is disagreement amongst experts on which groups should be targeted to receive the influenza vaccine. Many Western European countries focus on targeting high-risk groups, which include the elderly and those with serious underlying health conditions. Conversely, epidemiological models recommend targeting children because they are likely to transmit influenza to individuals in high-risk populations.

Data demonstrating the effectiveness of the influenza vaccine in reducing hospitalizations and mortality among the elderly will help support a clearer group to target for vaccination. Although previous observational studies have supported to increasing vaccination rates among the elderly, however studies of this nature can produce misleading results via selection bias. To combat this bias and potential confounding in this observational study on the effectiveness of the influenza vaccine on hospitalization and mortality rates among the elderly, the investigators designed their study using a regression discontinuity applied to the sharp change in vaccination rate at age 65 years, which was the result of an age-based vaccination policy in the United Kingdom.

English and Welsh adults who were residing in the area of the study from 2000 to 2014 and were aged 55 to 75 years were included in the study. The primary outcome measure was the rate of hospitalization and mortality by month of age. Three analytic sets were used and all rates were calculated separately by sex: 1 for vaccination rates, 1 for hospitalization rates, and 1 for mortality rates

Similarly, there were no significant changes in mortality rate for any of these categories at age 65 years. When vaccine-effectiveness was taken into account for the mortality rate, there was an effectiveness of -4.3% for all-cause mortality, -17.3% for pneumonia and influenza deaths, -0.1% for respiratory deaths, and ‑1.4% for circulatory deaths, with no notable changes between men and women. Furthermore, similar results for hospitalization and mortality rates were seen when the sample period was restricted to peak influenza season, the severity of the influenza season, the primary circulating influenza strain, or how well the vaccine matched the circulating influenza strain.

Overall, the study authors concluded that, “Current vaccination strategies prioritizing elderly persons may be less effective than believed at reducing serious morbidity and mortality in this population, which suggests that supplementary strategies may be necessary.”

Anderson ML, Dobkin C, Gorry D. The effect of influenza vaccination for the elderly on hospitalization and mortality: an observational study with a regression discontinuity design. Ann Intern Med. 2020;172(7):445-452. 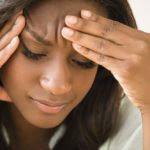