HealthDay News — Overall, 29.2% of veterans report current use of 1 of 5 tobacco products, according to research published in the US Centers for Disease Control and Prevention’s Morbidity and Mortality Weekly Report.

Satomi Odani, MPH, from the CDC in Atlanta, and colleagues monitored the prevalence of tobacco product use among veterans based on self-reported current use of 5 tobacco product types (cigarettes, cigars, roll-your-own tobacco, pipes, and smokeless tobacco) from the National Survey on Drug Use and Health.

“Expanding the reach of evidence-based tobacco control interventions among veterans could reduce tobacco use prevalence in this population,” the authors write. 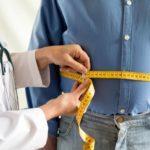