Men with cardiometabolic disease and elevated work stress have a clinically significant risk for mortality independent of conventional risk factors, according to research published in Lancet Diabetes and Endocrinology.

Data from 7 cohort studies in the Individual-Participant-Data Meta-analysis in Working Populations consortium were used to examine the link between work stress and mortality.

Researchers also compared death rates associated with job strain with death rates associated with established risk factors. Results of this analysis showed that mortality was similar between men with and without job strain and current vs never or former smokers (52.1 vs 78.1 per 10,000 person-years) but higher than mortality rates for hypertension, elevated total cholesterol, obesity, physical inactivity, and high alcohol consumption (5.9 to 44 per 10,000 person-years).

Study limitations include the use of a single measurement of work stressors and risk factors as well as the possibility that prevalent cardiometabolic disease was underestimated in certain studies.

The concluded: “Subsequent research should employ intervention designs to establish whether systematic screening and management of work stressors, such as job strain, would contribute to improved health outcomes in men with prevalent coronary heart disease, stroke, or diabetes.” 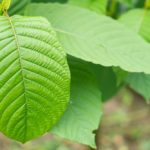