Almost half of physicians who become mothers will breastfeed their infant for up to 1 year, yet many of these women often cut breastfeeding short because of pressures or limitations associated with their career, according to a research letter published in JAMA Internal Medicine.

An anonymous online survey was administered to physicians who were mothers to determine the barriers of breastfeeding in a professional population. A total of 2363 mothers completed the online survey. The majority of the sample had initiated breastfeeding (94.1%), with approximately 41.7% reporting continued lactation of at least 12 months postpartum. More than one-quarter of participants (28.0%) stopped breastfeeding after achieving their personal breastfeeding goal.

The questionnaire used in this study included subjective measures, which may limit the real-world applicability of the findings.

Modifiable work-related factors, such as “accommodating schedules to allow for pumping, providing longer maternity leave, and establishing a dedicated private space — may improve the ability of physicians who are mothers to continue lactation after they return to work,” and these findings should be considered “when designing a workplace that is conducive to breastfeeding.” 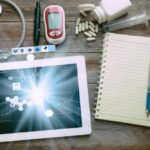