Cesarean delivery of a breeched fetus was associated with long-term increased risk for hospitalization during childhood due to inflammatory bowel disease (IBD) and total gastrointestinal (GI) morbidity. These findings were published in the Journal of Clinical Gastroenterology.

This retrospective population-based cohort study was conducted at Soroka University Medical Center in Israel between 1991 and 2014. Outcomes in patients until 18 years of age were assessed on the basis of cesarean (n=6376) or vaginal (n=961) delivery of fetuses presenting in a breech position.

These results were limited by the relatively low occurrence of GI conditions among the study cohort; additionally, this study was not designed to assess causality.

“In conclusion, while evidence suggests that cesarean delivery is preferable in lowering neonatal morbidity, our study does not provide the support that these associations continue beyond the neonatal period, as reflected by elevated GI morbidly among those delivered by cesarean delivery,” concluded the study authors. 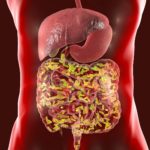