The Institute of Economic Affairs (IEA) is funded by British American Tobacco and the gambling, alcohol, sugar, and soft drink industries and has links to senior conservative ministers, according to an investigative article published in the British Medical Journal.

The IEA has long dismissed public health initiatives as “nanny state” interventions, challenged the childhood obesity strategy, sin taxes, and the link between fast food and obesity because of its questionable industry funding, according to the author. The IEA is also connected to ≥25 serving conservative MPs, including prime ministerial candidates.

Dominic Raab, MP for Esher and Walton in Surrey since 2010, has appeared for the IEA’s 60th birthday celebrations and launch of the Richard Koch Breakthrough Prize; however, he has distanced himself from the criticism of the IEA’s public health initiatives. Matt Hancock, England’s health secretary and a potential prime ministerial candidate, has received funding from Neil Record, chair of the IEA board of trustees and a former founder of a currency management company. Mr Hancock has sided with the IEA views that charities and other organizations receiving government grants were to be banned from lobbying the government and doing away with the minimum unit pricing for alcohol.

Minimum unit pricing has been described as paternalistic and regressive by the IEA’s head of lifestyle economics, Christopher Snowdon, in an article that appeared on the website of a new organization called Freer. The organization’s website identifies Freer as an IEA initiative aimed at promoting a freer economy and society and is cochaired by Conservative MPs Luke Graham and Lee Rowley. On being asked their views on the “nanny state” view of the IEA, Mr Graham commented that the Freer initiative supported free markets and free people and the views reported were the authors’ own. Mr Rowley refused to comment.

A summer party held by Freer at the IEA’s offices saw speeches by Liz Truss, chief secretary to the Treasury, and Mr Raab. Freer’s launch in 2018 was also attended by MPs such as Ms Truss, Mr Raab, and Michael Gove. In April, Freer published an essay collection, “On Social Freedom,” which featured contributions from the Conservative MPs Ms Truss (“On the nanny state”), Mr Graham (“On cannabis”), Ben Bradley (“On taxing meat and sugar”), and Mr Snowdon (“On minimum unit pricing”).

The IEA has not disclosed its sources of funding to date. In 2013, cigarette companies Philip Morris International, British American Tobacco, Japan Tobacco International, and Imperial confirmed that they had financed the IEA for campaigning against plain packaging.

In September 2014, the IEA gave £735 to Phillip Lee, MP for Bracknell, in consideration for the post of health secretary, to facilitate his attendance at an IEA conference on privatization in Slovenia. In 2014, Owen Paterson, former environment secretary, formed an “independent center-right think tank” called UK 2020. In its first report, Kristian Niemietz, the IEA’s head of political economy, compared the NHS unfavorably with other national health systems. In September 2018, the organization published Plan A+ — Creating a Prosperous Post-Brexit UK, described as having dangerous consequences for the NHS but praised by MPs David Davis and Jacob Rees-Mogg.

The author concluded that with several Tory leaders supportive of its ideology, the IEA, which is unsupportive of the National Institutes of Health and other public health initiatives, is closer to power than it had previously been, with disastrous consequences to public health in the United Kingdom. 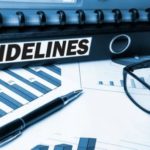