An integrated clinical-dermoscopic algorithm can improve the accuracy of diagnosing atypical melanocytic skin lesions (aMSL), researchers reported in a study published in the Journal of the European Academy of Dermatology and Venereology.

The study authors sought to investigate the influence of body location on the intuitive diagnosis in teledermoscopy by dermatologists of differing skill levels, as well as to evaluate how integrating the body location could improve an algorithm-aided diagnosis. They had developed and validated the iDScore, which was designed to provide a risk scale for aMSLs on the body surface.

A total of 980 standardized dermoscopic images of aMSL cases (663 atypical nevi, 317 early melanomas) were retrospectively collected. With use of a teledermatology web platform, 111 dermotologists assessed an intuitive diagnosis of atypical nevi or early melanomas based on the clinical and dermoscopic picture and clinical data and then performed the dermoscopic algorithm-assisted diagnosis (iDScore, ABCD rule, 7-point checklist), for a total of 3330 examinations.

In the intuitive diagnosis, the lesions that were the most difficult to recognize were located on the rarely photoexposed areas (side, bottom, and abdomen), with 37.7% having an incorrect diagnosis. The rarely photoexposed macro area had the highest rate of early melanomas misdiagnosed as atypical nevi (false negative results) and of atypical nevi mistaken for early melanomas (false positive results), as well as the lowest diagnostic accuracy for all patients, independently from experience level (59% in young dermoscopists, 61% in expert dermoscopists).

Regarding aMSLs on rarely photoexposed areas, the area under the ROC curve (AUROC) obtained with the ABCD rule and the 7-point checklist was <64%, and it was 76% when using the iDScore. By applying the iDScore algorithm, the diagnostic performance was increased by 15% in young dermoscopists and 17% in experts.

The investigators noted that their study includes selection bias, as image cases were selected by experienced dermatologists form secondary referring centers, and all patients were White.

“The body location of an aMSL can affect the quality of intuitive dermoscopic diagnosis, especially in sun-protected areas,” stated the researchers. “Accuracy can be improved by using the iDScore algorithm that assigns a different partial score of each body site.” 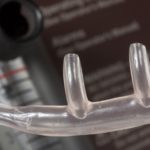