During a 6-day period in August 2017, the city of Houston, Texas, was hit with more than 20 trillion gallons of rainwater, a historical event that forcibly drove many people from their homes and places of business. According to a report published in the American Journal of Psychiatry, a total of 232 evacuees between the ages of 4 and 89 years sought mental health services during their stay in the Houston’s George R. Brown Convention Center, which housed thousands of individuals from throughout the city who were either rescued or left their homes before or after the storm.

Bipolar disorder (31.9%), depression (19.8%), schizophrenia (14.2%), and anxiety disorders (9.1%) were the most common mental health issues reported. Approximately 13% of evacuees with a mental health concern reported a history of posttraumatic stress disorder. Because of the nature of the evaluation, many available providers were unable to obtain a clinical psychiatric history for the patients, leading to an “unspecified disorder” diagnosis in 19% of those assessed.

Because many of the evacuees with self-reported mental health disorders evacuated their home and left their belongings behind, including medications, therapy provision represented the primary reason these individuals sought mental health services in the shelter. For the first 2 days of the storm, sertraline and fluoxetine were the only available psychiatric drugs. This lack of postdisaster pharmacy services has been historically common and indicates a greater need for preparation strategies.

Because of the medication shortage during Harvey, providers used reflective listening, validation, psychoeducation, and concrete support strategies, as indicated in the Psychological First Aid manual,2 in an effort to support evacuees’ coping with the event. Language barriers and distress severity were other common issues reported that may have prevented timely and appropriate care for evacuees.

In addition to increasing the placement of psychiatry professionals and improving medication access at evacuation centers, investigators emphasize that “having secure locations for sessions, along with planning for follow-up clinics, may help keep attrition to a minimum and improve clinicians’ ability to provide follow-up treatment and track patient disposition.” 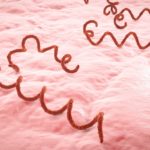