In an article published in the AMA Journal of Ethics, Hannah R. Sullivan, legal scholar for the American Medical Association Council on Ethical and Judicial Affairs and a second-year law student at DePaul University College of Law in Chicago, Illinois, contends that hospitals should play a role in improving community health but she notes that policy shifts and incentives are necessary to encourage these institutions to play their appropriate role.

Federal health programs such as the Affordable Care Act implemented by the Obama administration have reduced the burden of uncompensated care that hospitals have borne in the past. This has created an opportunity for healthcare organizations and state governments to engage in interventions that may prevent some of the diseases caused by poor population health. Such a role is consistent with both the history of hospitals as almshouses and charitable institutions beginning in the 19th century and their current tax-exempt status.

Still, market forces are primary drivers at many hospitals, and medical networks and academic institutions employ increasing numbers of physicians. These forces are often in opposition to the supposed charitable mission of hospitals.

Ms Sullivan noted that in 2011 hospitals were exempt from an estimated $24.6 billion in taxes, exemptions that are considered to be offset by the hospitals’ contributions to public health. Yet, as the Affordable Care Act reduces the cost of uncovered care, these institutions should begin to reconsider their responsibility for reducing the causes of poor health, particularly in vulnerable communities. Socioeconomic determinants affect the incidence of opioid addiction, unwanted pregnancy, gun violence, suicide, heart disease, and cancer.

Nonetheless, Ms Sullivan states that tax-exempt hospitals continue to focus their resources on unreimbursed care rather than on community health improvement. She mentions 3 categories of community-based projects that have particular value. A setting model attempts to change individual behavior to reduce the overall population’s risk for disease. These projects may use mass and social media to announce community-wide initiatives and may include educational strategies. In a second model, the community is defined as a target of change, and initiatives are implemented to address particular issues, such as lack of green space or poor air quality. The third model employs the community as a resource, as community ownership and participation are essential for success.

The author argues that healthcare providers must be willing to accept financial risk to be accountable for the communities in which they serve and that state legislatures may have to regulate healthcare organizations when federal standards are not sufficient. 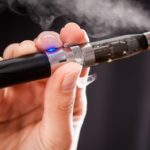