The disparate rate of total knee replacement (TKR) revision among blacks compared with whites is not explained by poverty, according to a study recently published in Arthritis Care and Research. Sex, age, surgeon volume, type of prosthesis, and patient expectations before surgery were associated with TKR failure or need for revision.

This single-center, prospective study included 4062 white and black individuals from New York state who were in their late 60s (mean age, 68.4±10 years). Of these participants, 64% were women and 9% were black. More than 20% of the study population were living below the poverty line. Enrollment in this study took place between 2008 and 2012, and follow up lasted for a median 5.3 years. The New York Statewide Planning and Research Cooperative System database was also utilized to include external facilities that performed TKR revisions. Geocoded addresses were used to link participants to residential census tracts.

Factors predicting TKR revision were assessed using multivariable Cox regression, while factors predicting TKR failure were assessed with multivariable logistic regression. TKR failure was defined as either an in-state revision within 2 years of surgery, or a score of “not improved” or “worsened” on the Hospital for Special Surgery (HSS) TKR Quality of Life metric within 2 years of surgery.

No association was found between poverty status and TKR failure or revision. Of the study population, 3% (n=122) needed TKR revision after surgery (median 454 [215-829] days postsurgery). Among these individuals, blacks were at 1.69 (95% CI, 1.01-2.81) times greater risk to require TKR revision than whites. However, multivariable analysis identified male sex, being younger, and constrained prosthesis as predictors.

In 2-year surveys, 7% (n=200) of participants reported outcomes indicating TKR failure, with associated risk factors including low surgeon volume, low HSS Expectations Survey score, and nonosteoarthritis TKR indication. Compared with others, those with TKR failure were less likely to reside in a below-poverty level census tract greater than 20% (7% vs 11%; P <.001) or to be black (7% vs 12%; P <.001).

A limitation of this study was a relatively small number of participants residing in New York who completed surveys, which affected the study researchers’ ability to evaluate the relationship between TKR failure and race.

Researchers concluded that they “did not find an association between TKR revision or TKR failure and community poverty in either blacks or whites. Factors associated with TKR revision [and] TKR failure were age, sex, prosthesis type, surgeon volume, and patients’ preoperative expectations for the outcome of surgery. Directing black patients to high volume orthopedic hospitals may help minimize disparities in TKR survival.” 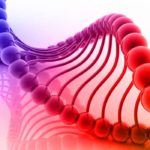