New research from Toronto Western Hospital’s Spodyloarthritis Program reveals people with a type of spinal arthritis called ankylosing spondylitis (AS) have a higher risk of dying from a heart attack or stroke than the general population. The study, “Patients with ankylosing spondylitis have increased cardiovascular and cerebrovascular mortality: a population-based study,” published online in the Annals of Internal Medicine links AS with a 35 per cent higher risk of dying from heart attack and a 60 percent increase risk of dying from stroke than those without AS.

Drs. Nigil Haroon and Nisha Haroon, a husband and wife team, designed a population-based study including over 21,000 AS patients and 86,000 controls without AS, to determine the level of mortality risk AS patients face.

“This research provides a bigger picture as to what patients with AS might face living with this disease,” says Dr. Nigil Haroon, lead researcher and specialist in spondyloarthritis. “The study shows that it is important that patients receive comprehensive screening, preventative care, as well as optimal management of cardiovascular and cerebrovascular disease.”

This increased risk is particularly significant considering AS typically starts at a relatively young age, between the ages of 20 and 40, much earlier than other forms of arthritis like rheumatoid arthritis.

AS is a type of inflammatory arthritis. Apart from inflammation, new bone formation is a major feature of AS. As a result, the bones of the spine begin to fuse together causing the spine to become very stiff and inflexible. While there is no cure for AS, drug treatments known as biologics (engineered proteins derived from cells) have been shown to reduce symptoms and halt the progression of the disease. Dr. Haroon led an international research study of 335 patients published in the leading rheumatology journal Arthritis and Rheumatism, that showed at least 50 per cent reduction in the risk of progression of AS with the use of TNF inhibitors, type of biologic therapy.

“Another additional factor to consider is that male AS patients have 82 per cent higher risk of vascular mortality compared to females with AS,” said Dr. Nigil Haroon. “This further underscores the importance of understanding all of the additional health risks associated with AS and the need for more research to fully understand the connection between chronic inflammation and heart disease and stroke.”

The above story is reprinted from materials provided by the University Health Network (UHN)  via Newswise. 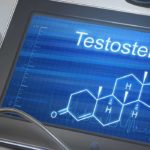