Couples may take longer to conceive a child when one or both partners has high cholesterol, according to a new study published in the Endocrine Society’s Journal of Clinical Endocrinology & Metabolism (JCEM).

Cholesterol is a waxy, fat-like substance found in all cells of the body. About a third of American adults – 71 million – have high levels of low-density lipoprotein, or “bad” cholesterol, according to the Centers for Disease Control and Prevention. Only one of every three adults with high LDL cholesterol has the condition under control.

“In addition to raising the risk of cardiovascular disease, our findings suggest cholesterol may contribute to infertility,” said one of the study’s authors, Enrique F. Schisterman, MS, PhD, of the National Institutes of Health’s Eunice Kennedy Shriver National Institute of Child Health and Human Development (NICHD) in Bethesda, MD. “Our results suggest prospective parents may want to have their cholesterol checked to ensure their levels are in an acceptable range.”

The population-based prospective cohort study examined the rate of pregnancies among 501 heterosexual couples trying to conceive. The researchers enrolled 501 couples from four counties in Michigan and 12 counties in Texas from 2005 to 2009. The couples were part of the Longitudinal Investigation of Fertility and the Environment (LIFE) study, established to examine the relationship between fertility and exposure to environmental chemicals and lifestyle.

Among the couples, 347 became pregnant over the course of the 12-month study. Fifty-four couples did not conceive a child. A hundred couples withdrew from the study, including some whose plans to have a child changed. 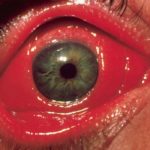