Elder abuse can be defined as “intentional or neglectful acts by a caregiver or ‘trusted’ individual that lead to, or may lead to, harm of a vulnerable elder.”1 It is often a “hidden offence, often perpetrated against vulnerable people, many with memory impairment, by those on whom they depend.”2

Elder abuse is common, with one study suggesting that it may affect as many as 1 in 4 vulnerable older people.3 According to the National Council on Aging, approximately 1 in 10 Americans older than 60 years has been the victim of abuse, including physical abuse, psychological or verbal abuse, sexual abuse, financial exploitation, or neglect.4

Given the rapidly burgeoning population of older adults in the United States, the number of potentially abused elders is staggering: in 2015, older adults — defined as people age 65 years or above (47.8 million) constituted nearly 15% of the US population — up by 1.6 million from 2014.5 It is projected that by 2060, the number will reach 98.2 million, comprising nearly one-fourth of US residents5 as the “Baby Boomers” age and as life expectancy is expected to increase.6 Of these, 19.7 million will be age 85 years or older.5

It is difficult to estimate the true prevalence of elder abuse as it is often “unreported, undetected, and underestimated by professionals.”2,3 Only 1 in 14 cases is reported to authorities.4 Moreover, healthcare providers “tend to underestimate the prevalence of elder abuse and only a minority ask their older patients about it routinely.”9 One study found that 63% of physicians never asked their patients about elder abuse, and only a third reported having encountered it in the previous 12 months.10 Less than 2% of reports of elder abuse and neglect to state Adult Protective Services (APS) come from physicians.1

“Physicians and other healthcare providers — particularly those who specialize in the care of older people — are likely to encounter elder abuse regularly and therefore play an important role in its detection and management,” according to Claudia Cooper, MD, professor of psychiatry of older age, Division of Psychiatry, Faculty of Brain Sciences, University College London, United Kingdom.

The Evolving Understanding of Elder Abuse

Elder abuse is not a new phenomenon, but it did not garner public or research attention until relatively recently.6 Awareness of “granny battering” a term coined in the 1970s,2 has increased, and in 1980, the House Select Committee on Aging heard testimony about elder abuse in the United States.6 A 1974 amendment to the Social Security Act created APS, which was originally designed to protect adults with physical and/or mental limitations, but its mission was later expanded to encompass elder abuse as well.6

As awareness of elder abuse evolved, lawmakers and service providers turned to the child abuse model with its mandatory reporting laws, “[requiring] the reporting of incidences of abuse through specific channels, the designation of certain professionals to report if incidences of abuse are learned, and penalties for violations… and allowing a third party to intervene if there is suspected child or elder abuse.”6

Neglect can be defined as intentional or unintentional “failure of the caregiver to provide life necessities” or the refusal of the caregiver “to permit others to provide appropriate care.”1,7 Neglect is one of the most common types of elder abuse in residential facilities.7 Signs of neglect include dehydration, depression, fecal impaction, malnutrition, and medication misuse.7

Psychological/emotional abuse is the “infliction of mental anguish”1 and includes verbal aggression, threats of physical harm, threats of institutionalization, and humiliating or degrading statements.7 It should be suspected when a caregiver refuses to leave the older adult or speaks for him/her, or if the older adult expresses fear in the presence of the caregiver.7

Social abuse, a subtype of psychological/emotional abuse, takes place when a caregiver “denies an older adult contact with family or friends, deprives [him/her] of access to transportation”, restricts or monitors phone calls, or intentionally embarrasses older adults in front of others.7

Sexual abuse involves “nonconsensual touching or sexual activities that are threatened or forced upon an older adult.” It is more common in frail or dependent elders.7

Physical abuse refers to a “non-accidental act that results in physical pain or injury, including bruises, fractures, and burns.”7 Restraint is also considered a form of physical abuse.1

Financial exploitation, the “illegal or importer use, or mismanagement of a person’s money, property, or financial resources,”7 includes theft or unauthorized use of credit or debit cards, and coercion to deprive the elder of assets.1

Suspicion should arise when in the setting of unexplained changes in power of attorney, wills or other legal documents, missing checks, money, or belongings.7 Although adult children, grandchildren, or other caregivers have typically been considered the abusers, recently it has become recognized that a spouse — especially in a second marriage — can also be an abuser.7

These forms of abuse are not mutually exclusive; an elder who experiences one type of abuse will often be the victim of another.6

The most important risk factors for abuse are relational (eg, family disharmony, poor or conflicting relationships) and a low level of social support. However, elder abuse can occur in the absence of any risk factors.7 Women tend to be at higher risk for abuse, especially in the setting of loneliness, poor social support, cohabitation with family members, substance abuse, cognitive impairment, dementia and other mental health problems, functional deficiency, poor physical health or frailty, decreased self-care, decreased communication, low income or wealth, trauma, and past abuse.7

Common risk factors for abuse can be found in Table 1.

“Given the types of abuse, physical indicators such as bruises or broken arms may not be apparent, but psychiatrists or mental health professionals, with their training, should be able to see if a person is dissembling,” said Lawrence Frolik, professor emeritus of law, University of Pittsburgh, Pennsylvania.

“There are many reasons that victims of abuse cover it up,” he told Psychiatry Advisor.

The elder may not realize that the treatment constitutes abuse and may normalize the abuser’s behavior or may want to protect the abuser from retribution or legal repercussions, especially if the person is a child, grandchild, or other relative. Similar to other forms of domestic violence, the elder may fear that the abuse will increase if he or she alerts an authority or medical provider.

“The person may also fear that the abuse is necessary to endure because the alternative is institutionalization,” he said.

Culture, race, and ethnicity “can influence what constitutes elder abuse, particularly because definitions of elder abuse often reflect a white, middle-class perspective.”6 There is a paucity of research on cross-cultural aspects of elder abuse, but clinicians should be culturally competent and conversant in each culture’s attitudes toward family and the role of elders, beliefs about what constitutes abuse, attitudes toward help-seeking, language barriers, fear of the legal system, and access to care.6

“The strongest predictor of caregiver abuse may be aggression on the part of the older person,” Dr Cooper noted.

Moreover, “anxiety and depression of the carer may be associated with lack of confidence in their ability to deliver care, thus the person may use abusive rather than more helpful strategies for managing difficulties,” she suggested.

Anxiety and depression may also lower the ability of caregivers to manage difficulties, and therefore they are more likely to feel overwhelmed and react abusively, “which does not excuse the abusive behavior but does offer an explanation that can facilitate preventing and intervening at earlier stages,” she added.

“Assessment is a dynamic and holistic process, taking into account both individualistic and environmental factors.”6 Screening for elder abuse usually involves 2 steps, the first of which is to identify elders who may be at risk for elder abuse and the second is to verify whether there actually is abuse.13

Domains to be assessed when screening are listed in Table 2.

There is currently no “gold standard” for elder abuse screening; however, several tools have been developed for healthcare professionals (Table 3).14 A positive screen does not necessarily confirm elder abuse but indicates the situation requires further information and follow-up.14

When screening, it is helpful to ask open-ended questions and normalize the inquiry by stating that practitioners routinely ask patients these types of questions.6

Clinicians should not ask patients whether they have been abused but instead should ask specific and behaviorally oriented questions, such as:

If any of these questions are answered in the affirmative, the clinician should find out more about the frequency, severity, precipitants, and outcomes of the treatment.

The elder and the caregiver should be interviewed separately, as this is more likely to elicit honest answers.6 If a patient does not speak English, a translator will be needed, and it should not be the caregiver or a family member. 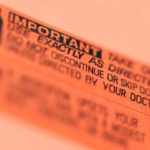