Assessment of hand grip strength may be used as a simple tool to easily identify adults at increased risk for type 2 diabetes (T2D), according to study results published in the American Journal of Preventive Medicine.

Previous studies reported that low muscular strength and quality are associated with increased risk for T2D in adults. Recently, hand grip cut points for detecting T2D risk have been established in US adults. The goal of the current study was to explore the age- and sex-specific thresholds of muscular strength for assessment of prediabetes and T2D risk categorization among healthy, normotensive adults.

The study had several limitations, including cut points limited only to the 2 age categories included in the study, as well as possible limitations secondary to diurnal variations in muscular performance and inclusion of the nondominant hand value, which may have reduced the maximal strength assessment.

“In apparently healthy adults, low [muscular strength] is associated with increased risk of [T2D] after controlling for known covariates. Established [normalized grip strength cut points, such as the ones proposed in this study,] may be used in U.S. adults for the detection of increased risk of [T2D],” concluded the researchers. 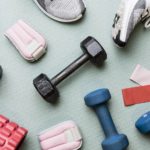