Topline results were announced from a phase 3 trial evaluating the efficacy and safety of AD04 (ondansetron) in patients with alcohol use disorder (AUD) and selected polymorphisms in the serotonin transporter and receptor genes.

AD04 is a genetically targeted, serotonin-3 receptor antagonist that is believed to reduce alcohol intake by interfering with the dopamine reward system. The multicenter, randomized, double-blind, placebo-controlled ONWARD trial (ClinicalTrials.gov Identifier: NCT04101227) included 302 adults with AUD and selected polymorphisms in the serotonin transporter and receptor genes.

Patients were randomly assigned to receive either AD04 or placebo orally twice daily for 24 weeks in conjunction with brief psychological counseling. The primary endpoint was the change from baseline in the monthly number of (heavy) drinking days (HDD) during the last 8 weeks (weeks 16 to 24).

Compared with patients in the placebo group, heavy drinkers treated with AD04 had an overall significant difference in the severity of their AUD diagnosis (P =.04), under the Diagnostic and Statistical Manual of Mental Disorders, Fifth Edition (DSM-5), with an 84% decrease in the number of heavy drinking patients meeting the criteria for AUD diagnosis.

The safety profile of AD04 was similar to placebo. The most common adverse events in either treatment arm were headache, insomnia, decreased blood magnesium, and fatigue; all of these were reported as mild to moderate in severity.

“Among heavy drinkers, which make up the majority of my practice, we saw a clear and statistically significant reduction in heavy drinking days for those patients receiving AD04 vs placebo,” said Professor Hannu E.R. Alho, Emeritus Professor of Addiction Medicine at the University of Helsinki and Principal Investigator for the ONWARD trial. “These results demonstrate the effectiveness of AD04 for heavy drinker AUD patients.” 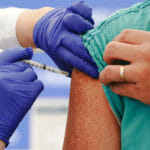