Women earn less than men in more than 90% of academic medical specialties, both when starting their careers and 10 years later, according to a study published in JAMA Network Open.

“What’s new with this paper is the 10-year data, which was not available before and is sobering,” said Narjust Duma, MD, of the Dana-Farber Cancer Institute and Harvard Medical School in Boston, who was not involved in the study.

“We already know there are discrepancies at the moment of hiring, but women then tend to work twice as hard to get recognition, so my hope was that it was no longer there after 10 years. But the data shows that, in many cases, after 10 years, the pay discrepancies are even worse.”

Disparities in Starting Salary and Over Time

The study included compensation data from 24,593 female and 29,886 male academic physicians across pediatric and adult subspecialties, both medical and surgical.

The 3 subspecialties for which women earned more than men were all in pediatrics — gastroenterology, nephrology, and rheumatology. The study authors noted that pediatric specialties are a traditionally lower-paying area of medicine.

After a decade of working, women still tended to earn less than men. Overall, the year-10 salary was a median of $22,890 lower for women.

The subspecialty with the largest pay disparity after 10 years was adult neurosurgery, with men earning about $333,000 more annually than women. The gap favoring men exceeded $100,000 annually, on average, in adult cardiology and adult dermatology at 10 years.

“Over the last few years, we’ve increasingly seen more objective data around all types of gender disparities in medicine, and this new paper contributes to that,” said Pamela Kunz, MD, of Smilow Cancer Hospital and Yale Cancer Center in New Haven, Connecticut.

“Objective data is helpful, but I think that many of us in this space are starting to ask, how much more data do we need? There’s clearly a problem, and I think we need to really pivot towards focusing on the solutions,” said Dr Kunz, who was not involved in the study.

Two interventions that could help close the gender pay gap are equalizing starting salaries and equalizing annual salary growth rates, according to the study authors.

Dr Duma noted that some institutions already equalize starting salaries. “Even when starting salaries are equal, there are many ways in which these rules can be broken,” she said. “For example, an institution may provide a signing bonus for a man and not for a woman, or more funding for research for men than women.” 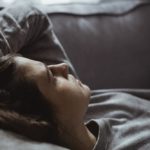