Fecal microbiota transplantation therapy (FMT) was associated with significant improvements in the symptoms of irritable bowel syndrome (IBS), according to the results of a randomized clinical trial published in Gastroenterology.

This double-blind, placebo-controlled, randomized clinical trial enrolled adult patients with refractory IBS from a tertiary hospital center in Belgium. Eligible patients had symptoms of severe bloating and either diarrhea-prominent or mixed-type IBS. IBS symptom severity was captured by a patient-completed symptom diary over a minimum period of 14 days. Patients were then randomly assigned in a 2:1 ratio to nasojejunal administration of either autologous (placebo; n=19) or donor (treatment; n=43) stools. Donor stools were provided by 2 active, healthy men with no prior or current gastrointestinal symptoms. The primary study endpoint was relief of general IBS symptoms and bloating at 12 weeks after FMT. Secondary endpoints were overall improvements in IBS symptoms and patient-reported quality of life. IBS symptoms were re-assessed 1 year after FMT by self-report questionnaire. Patient stool samples were collected for microbiota amplicon sequencing before and after FMT. Open-label re-transplantation was offered after completion of the trial.

At week 12, 56% of the donor group reported improvements in IBS symptoms, compared with 26% of the placebo group (P =.03). Patients in the donor condition experienced significant mean reductions in their scores for abdominal discomfort (19%), stool frequency (13%), urgency (38%), abdominal pain (26%), and flatulence (10%).

Additionally, patients in the donor group experienced a mean increase of 16% in self-reported quality of life scores. Within the active FMT group, women more frequently experienced treatment response than men (69% vs 29%; P =.01). In microbial analyses, no specific taxa were found to predict response to FMT. However, patients who responded to donor stool had higher microbial diversity at baseline than patients who were non-responders (P =.04). Responders and non-responders also had distinct differences in overall microbial composition (P =.044).

Overall, 21% of patients given donor stool reported that effects lasted for over 1 year. By contrast, just 5% of patients given placebo reported long-term improvements. Open-label re-transplantation improved symptoms in 67% of those who responded to the first FMT. However, among those who did not respond to the first donor stool, the second FMT had no notable effects.

Study limitations include the use of the Rome III criteria for patient selection and potential negative effects on the outcome due to the use of autologous FMT.

Results from this pilot study suggest that FMT may be a viable option for patients with IBS who present with significant bloating. However, further study is necessary to identify which patients with IBS may best benefit from FMT. The ability of certain microbial biomarkers to predict FMT response also warrants additional research. 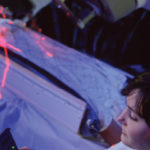 Restructured Process Overcomes Barriers to Prior Authorization for Proton Therapy