As the US Food and Drug Administration (FDA) tackles the opioid crisis head on, one of the organization’s goals is to identify emerging trends of drug abuse and intervene more quickly. A perspective piece published in the New England Journal of Medicine highlighted the tools the agency will use to evaluate these shifting patterns of substance abuse and reduce public risk.

The agency continues to battle the nation’s opioid problem even as it looks to detect and prevent the next threat. Douglas C. Throckmorton, MD; Scott Gottlieb, MD; and Janet Woodcock, MD, all of the FDA, noted that the agency is committed to using a multifaceted approach of pharmacovigilance that allows it to intercede proactively and effectively to anticipate changes in drug abuse.

For instance, use of gabapentinoids tripled between 2002 and 2015, raising concerns about possible abuse. To determine why usage patterns are shifting, the FDA turned to social media, tracking sites like Twitter, Facebook, Instagram, blogs, and forums to monitor for conversations about opioids and other substances. Sources include online forums that deal with drug abuse, such as Bluelight.org and talk.drugabuse.com. This surveillance revealed a shift between 2013 and 2017, from discussions about the legitimate use of gabapentinoids to discussions on the misuse and abuse of these drugs.

The agency is also investigating healthcare databases to determine the adverse consequences of using gabapentinoids in combination with opioids or benzodiazepines, which include respiratory depression. Data indicate that more than half of patients receive a gabapentinoid along with an opioid analgesic.

Another example of change in drug use is the emergence of kratom, which is available online and in stores specializing in tobacco and marijuana paraphernalia. Calls to poison control centers regarding kratom exposure have increased 10-fold since 2010. As a result, the FDA investigated kratom and found that it contains compounds that have opioid properties. Injuries and deaths have been associated with kratom use.

Changes have also been identified in the use of loperamide, a common over-the-counter opioid product. Loperamide is an effective treatment for diarrhea, but social network data indicate that some individuals have begun using loperamide at very high doses to manage opioid withdrawal or achieve a high. The FDA announced in 2016 that serious heart problems and death can occur in those taking high doses of this drug. The agency has begun working with manufacturers and distributors to limit the amount of drug packaged per sales unit.

The FDA has invested in developing new resources to combat drug misuse and continues to access and mine social media for epidemiologic data that may help it to identify the next wave of drug abuse. 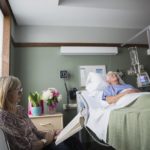