The Food and Drug Administration (FDA) has called on social media companies and internet service providers to take a proactive approach in curbing online selling of opioids through their platforms.

“We find offers to purchase opioids all over social media and the Internet, including Twitter, Facebook, Instagram, Reddit, Google, Yahoo, and Bing,” said FDA commissioner Scott Gottlieb, MD, speaking at the National Rx Drug Abuse and Heroin Summit. Gottlieb announced the FDA will be meeting with CEOs of these stakeholders soon, as well as academics and advocacy groups in order to identify new solutions to the online sale of illicit opioids.

A recent report from the U.S. Senate Permanent Subcommittee on Investigations detailed how subcommittee members found it ‘easy’ to find fentanyl, pay for it and have it shipped to anywhere in the U.S. The sellers accepted payment in ‘Bitcoin, Western Union, MoneyGram, PayPal, credit cards and even prepaid gift cards.’ Subcommittee Chair, Senator Rob Portman said in a hearing that, “Ordering these drugs was as easy as buying any other product online.”

Gottlieb said that internet firms, “simply aren’t taking practical steps to find and remove these illegal opioid listings.” Yvette Bourcicot from Facebook’s policy communications told MPR that, “We [Facebook] monitor our site and immediately remove material that violates the law and our policies.” Including “any content on Facebook that is facilitating activity like drug sales.” Additionally, she said the Company cares deeply about opioid addiction and are, “committed to doing our part to implement solutions.” In the wake of the Parkland school shooting in Florida, Reddit closed several of its firearms communities and issued a ban on transactions of firearms and also ‘drugs, including alcohol and tobacco, or any controlled substances.’

The remarks from the FDA commissioner represent a shift in focus in the crackdown of illicit opioid transactions from online pharmacies to focusing on the platforms and websites that facilitate them. Gottlieb pointed to successful past efforts taken by websites to stop the sale of child pornography. “But so far, when it comes to opioids, we haven’t seen meaningful, voluntary actions. Yet the magnitude of the public health emergency presented by the opioid crisis requires a change in mindset among Internet companies,” said Gottlieb. 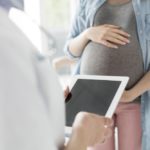