Two Food and Drug Administration (FDA) Advisory Committees voted in favor of approving an investigational abuse-deterrent formulation of immediate-release, single-entity oxycodone tablets for the management of pain severe enough to require an opioid analgesic and for which alternative treatments are inadequate.

The final vote was 10 to 7 in favor of the proposed new formulation of Roxicodone (oxycodone hydrochloride tablets USP; Mallinckrodt), which is being referred to as MNK-812 during the regulatory process. The vote was taken in a joint meeting of the Anesthetic and Analgesic Drug Products Advisory Committee and the Drug Safety and Risk Management Advisory Committee.

“We are encouraged by the positive feedback, and will work closely with the FDA to address any questions the Agency may have,” said Matt Harbaugh, SpecGx’s EVP, CFO and President. SpecGx is a subsidiary of Mallinckrodt that operates its Specialty Generics business. 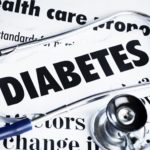