Drugs expedited by the US Food and Drug Administration (FDA) with breakthrough status have the shortest median development time compared with drugs in other expedited programs, according to a study published in JAMA.

Using the [email protected] database, investigators from Brigham and Women’s Hospital in Boston, Massachusetts, obtained data on drugs and biologics approved between 2012 and 2016 (n=174). The investigators focused on obtaining data from expedited programs, including accelerated approval, breakthrough, fast-track, and priority review programs.

Approximately 60% (n=105) of new drug approvals were in ≥1 expedited program throughout the study period. Roughly half (52%) of drugs were in priority review, whereas 15% were in accelerated approval, 17% were in breakthrough status, and 36% were in fast-track status. According to the findings, the median time for drug development in ≥1 expedited program was 7.1 years (interquartile range [IQR], 5.1-10.1 years) vs 8.0 years for nonexpedited drugs (IQR, 6.5-10.0 years; P =.04).

Although the breakthrough status program ensures faster approval, the investigators suggest regulators should still “ensure clear communication about the limitations of the collected evidence and the additional risks that these drugs may impose on patients.” 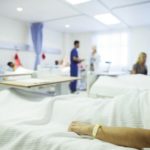