Patients with Parkinson disease (PD) tend to have an increase in iron content with reduced perfusion in the substantia nigra, as well as structural abnormalities and reduced flow in the left dural sinuses, according to study results published in Parkinsonism and Related Disorders.

Although limited data are available on the microvasculature of the brain in PD, several studies have reported that abnormal flow to the substantia nigra pars compacta could play a role in the pathogenesis of PD. The goal of the current study was to explore the vascular abnormalities, flow, and increases in midbrain iron content, a hallmark of the disease, in patients with PD.

The study cohort included 85 patients (45 women; mean age, 58.7±9.6 years) with PD from the neurology department of the First Affiliated Hospital of Zhengzhou University, Henan, China, and a similar number of age- and sex-matched control individuals (44 women; 60.2±9.9 years) from the province of Henan.

The researchers reported that in patients with PD, there were abnormalities in flow, perfusion, and dural sinus structural characteristics. Venous structural and functional abnormalities in the 2 most severe categories were evident in 42% of patients with PD, whereas only 14% of the controls showed these abnormalities. Total arterial flow (normal range varies from 10 to 20 mL/s) was significantly lower for the PD group (10.9±1.8 mL/s) compared with for healthy control individuals (11.6±2.1 mL/s; P =.02).

The study had several limitations, according to the researchers, including no data on local perfusion in the midbrain; limitations secondary to 2-dimensional, instead of 3-dimensional, flow analysis; and possible effect of various factors on venous shape and morphology.

“These results suggest that abnormal flow could play a role in the etiology of PD, advancing our understanding of this debilitating disease,” conclude the researchers. 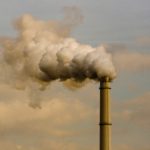