Although use of hormone therapy (HT) can have some protective effect on muscle mass in postmenopausal women, the benefit is small in the general population and likely does not outweigh the potential risks of prolonged HT, according to study results published in JAMA Network Open.

Previous studies have associated accelerated muscle loss with menopausal transition. As estrogen may be involved in muscle metabolism, it has been suggested that estrogen-based HT has potential benefits on muscle mass. In the current study, researchers completed a systematic review and meta-analysis to determine the effect of HT on muscle mass in postmenopausal women aged ≥50 years.

The researchers completed a search from inception to April 2018 in various electronic databases, including MEDLINE, Embase, AgeLine, Cumulative Index to Nursing and Allied Health, and SportDiscus, and also reviewed the reference lists of all the included studies. The review focused on randomized clinical studies that included community-dwelling postmenopausal women treated with estrogen-based HT. All included studies measured lean body mass or fat-free mass as an outcome.

The electronic search yielded 8961 potentially relevant articles, of which 12 were included (4474 participants; mean age, 59.0±6.1 years). The studies had a total of 22 HT treatment groups, 15 of which received combination estrogen-progesterone HT and 7 of which received estrogen-only HT. The control groups did not receive any HT or received placebo.

The studies were stratified and analyzed in various subgroups to determine whether the association of HT with lean body mass users differed based on estrogen dose, whether progesterone was included, duration of follow-up, time since menopause, method of measuring muscle mass, and study quality. In all subgroups, women receiving HT lost between 0.06 kg more muscle mass to 0.20 kg less muscle mass vs the control groups, but none of these subgroup analyses were statistically significant.

The researchers acknowledged several limitations to the study, including low overall quality of evidence because of study risk for bias, publication bias, or imprecision.

“Despite the limitations of the literature, this study highlights the consistently null results in studies investigating HT and retention of muscle mass. The importance of muscle retention in aging women is crucial, but these findings suggest that interventions other than HT should be explored,” concluded the researchers. 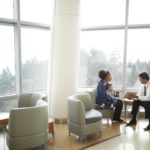