The Essure System for Permanent Birth Control will no longer be available in the US after December 31, 2018, according to a press release issued by Bayer. The Company states that the decision to discontinue Essure was based on declining US sales and not on any changes to the benefit-risk profile of the product.

Essure, approved by the Food and Drug Administration (FDA) in 2002, is a permanently implanted contraceptive device that does not require a surgical incision. The flexible coils are inserted through the vagina and cervix and into the fallopian tubes. Over approximately 3 months, as tissue forms around the inserts, a barrier is formed that prevents sperm from reaching the egg.

In February 2016, the FDA required Bayer to conduct a post-marketing study which resulted in the addition of a Boxed Warning and patient decision checklist to the labeling 7 months later. Following these changes, in April 2018, the Agency issued an order to restrict the sale and distribution of Essure after learning that some women were still not being adequately informed of the risks associated with the device before implantation.

Adverse events such as perforation of the uterus and/or fallopian tubes, migration of inserts to the abdominal or pelvic cavity, persistent pain, and suspected allergic or hypersensitivity reactions has been reported in some women after Essure implantation.

In their press statement, Bayer notes that the “increased reliance on other birth control options, such as long-acting reversible contraceptives, and inaccurate and misleading publicity about the device” is what contributed to the decline in interest for Essure. The Company maintains that the safety and efficacy of the device remains consistent and that the reason for this discontinuation is strictly business-related.

Support services for Essure will still be available through Bayer’s websites Essure.com and EssureMD.com.  In addition, the Company will continue to enroll patients in the Essure postmarket surveillance study, as requested by the FDA. In a statement released by the Agency, FDA Commissioner Scott Gottlieb, MD, said “I want to stress that, even when Essure is no longer sold, the FDA will remain vigilant in protecting patients who’ve already had this device implanted. We’ll continue to monitor adverse events reported to our database, as well as other data sources. And we’ll communicate publicly on any new findings or concerns.” 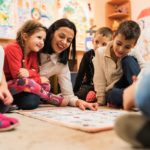