A recently published report describes the case of a 16-year-old male patient who experienced a breakthrough seizure following ingestion of an energy drink and highlights the importance of recognizing drug-herb interactions and properly counseling patients on them.

The patient, who had been seizure-free for 2 years, presented to the emergency department after experiencing a breakthrough seizure. His history was significant for generalized epilepsy, which was maintained on divalproex extended-release 1000mg daily. The patient did not take any other medications, vitamins, or supplements, but reported having an energy drink, Genesis, 2 times a day for the past 2 months.

A blood test conducted in the emergency room revealed that the patient’s valproic acid (VPA) trough level was significantly reduced (10µg/mL; normal: 50-100µg/mL). The patient’s parents stated that the patient did not miss a dose of his medication and denied any changes to his lifestyle. Because of this, a drug-herb interaction between his medication and his energy drink was suspected to be the cause of his breakthrough seizure. At this time, the epileptologist recommended discontinuing his energy drink, and, 2 months later, the patient’s VPA level normalized. He has since remained seizure-free.

According to the Drug Interaction Probability Scale, a probable drug-herb interaction existed between the patient’s medication and the energy drink. Following a review of the ingredients, it was found that the mechanism of the interaction was likely due to herbs that contain flavonoids present in the drink.

“Although the literature suggests a potential beneficial effect of flavonoids in epilepsy, flavonoids are also known as potential inhibitors of monocarboxylate transporters expressed in the small intestines,” the study authors explained. They added, “Thus, we consider the most likely cause of the lowering serum concentration of VPA, which resulted in the breakthrough seizure, is the inhibition of VPA by flavonoids.”

This case report highlights adverse outcomes associated with unexpected drug-herb interactions. It is imperative for healthcare providers to not only identify potential interactions between medications and herbal products, but to counsel patients on these interactions to avoid any serious adverse reactions as well. 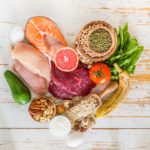