Ethno-cultural variables play a major role in disease prognosis and patient experience in type 2 diabetes (T2D). As such, consideration of transcultural factors has become a highly valuable and necessary part of patient-centered endocrine care, according to the American Association of Clinical Endocrinologists (AACE). In an effort to promote transcultural care, the AACE has produced a position statement based on findings from their 2017 “Diabetes Care Across America” conference series, held in New York, Houston, and Miami, as well as information from a previously developed transcultural nutrition algorithm and the 2015 AACE Pan-American Workshop.

The position statement focuses on 4 ethnic populations in the United States: African Americans, Latinx/Hispanics*, Asian Americans, and Native Americans. Population-specific challenges and practical steps for clinicians are discussed below for each group.

The term African American, as used in this AACE position statement, does not refer to black Americans of Caribbean or non-African descent. In populations with African ancestry, prior research has identified several gene variants associated with T2D or fasting insulin levels that result in important biologic correlates with diabetes. For example, sickle cell trait affects hemoglobin A1c levels, leading to underestimated T2D risk. Further, compared with non-Hispanic whites, African Americans show decreased hepatic vs extrahepatic insulin degradation. Response to antihyperglycemic medications can be different for African American patients compared with other ethnicities, and the risk for adverse cardiovascular health outcomes is also relatively higher.

Overall prevalence of obesity is high among African Americans (33.8% in men; 44.2% in women), which correlates with a high prevalence of diabetes (12.2% in men; 13.2% in women). Compared with the general American population, African Americans with diabetes experience disproportionately high rates of morbidity and mortality, lower quality of health care, and less representation in randomized controlled trials. These circumstances can be aggravated by distrust in non-African American clinicians; a traditional cultural cuisine that is high in saturated fat, sodium, and starch; poverty and decreased access to health care; and lack of representative randomized controlled study data and thus formal population-specific recommendations.

According to US Census Bureau data, 63% of Latinx/Hispanics in the United States are Mexican, 9.2% are Puerto Rican, 3.5% are Cuban, and the remaining 24% are from the rest of Latin America and Spain. 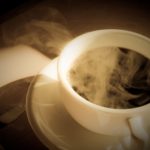 Coffee May Speed Up Recovery of Function After Bowel Surgery