A growing body of research suggests that hospitalization, critical illness, and severe infection are associated with cognitive decline and dementia in later life. A 2014 study, for example, showed an increased risk for dementia in elderly adults who were previously hospitalized for pneumonia, and other research has demonstrated an increased risk for long-term cognitive impairment among survivors of critical illness and severe sepsis.1-3

In a prospective cohort study published in October 2018 in the Journal of the American Geriatrics Society, researchers from various universities in the United States aimed to expand on these earlier findings.4 They examined links among hospitalization, critical illness, and infection and structural brain abnormalities in a community sample (n=1689) of older adults aged 44 to 66 years from the Atherosclerosis Risk in Communities study.

Participants were followed-up for 24 years with annual contact; International Classification of Diseases, Ninth Revision, codes and other relevant data were obtained from local hospitals throughout this period. In addition, a subset of patients underwent 3-Tesla brain magnetic resonance imaging. During the surveillance period, 72% of patients were hospitalized and 14% and 4% developed at least 1 major infection or critical illness, respectively.

“The estimated effects of critical illness and infection on these brain regions was approximately 2 and 1.5 times that of a single APOE ε4 allele, respectively,” the authors reported. “To provide context, a single APOE ε4 allele is associated with a triple the risk of AD and age of AD onset 10 years earlier than that of older adults without an APOE.”

Neurology Advisor: What are the potential mechanisms by which critical illness and infection may lead to the changes observed in this sample?

Dr Walker: There are several hypothesized pathways through which critical illness and infection may influence brain structure and function. One of the pathways with the most evidence is inflammation. Many forms of critical illness and all severe infections cause substantial levels of stress inflammation within the body. The proliferation of inflammatory mediators throughout the body has been shown to cause neuroinflammation, and prolonged or severe neuroinflammation can promote neuronal and glia cell dysfunction and lead to cellular death.

Other potential mechanisms include delirium, which may be a symptom of neuro-inflammation, neurovascular changes (small vessel disease), and adverse effects related to medication use. Also, we cannot rule out the possibility of changes in health or health-related activities that occur after critical illness and infection (eg, reduced mobility) as being related to these later brain changes.

Neurology Advisor: How might these changes ultimately set the stage for cognitive decline and Alzheimer disease?

Neurology Advisor: What are the current and potential treatment implications for clinicians?

Dr Walker: The findings support previous literature that indicates that acute nonneurological medical events, such as critical illness and severe infection, can have a deleterious long-term effect on the brain. The current results highlight the importance of evaluating and monitoring cognitive function in individuals with recent critical illness or major infections, especially if they are already at risk for dementia.

Neurology Advisor: What should be the focus of future research on this topic?

Dr Walker: Our plan for future research is to try to understand the biological pathways that may be activated by critical illnesses or major infections to influence brain structure and function. To do this, we will need to measure specific molecules and transcription factors simultaneously in the blood and brain, and relate these to later neurologic outcomes. This will involve a large undertaking, but it may lead to specific strategies for intervention. 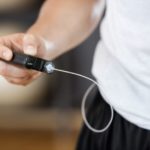