Implementing initiatives to maintain Medicaid enrollment and expedite re-enrollment and having alternate resources available during gap times may be important to ensure continuous antiretroviral therapy (ART) to optimize HIV outcomes, according to a study recently published in the Journal of Acquired Immune Deficiency Syndromes.

Medicaid disenrollment is common among adults in the general population, occurring in more than half of enrolled adults within 2 years of enrollment. There is limited research examining the clinical effect of gaps in healthcare coverage, especially lapses in Medicaid among people with HIV.

Researchers used a dataset that captured Medicaid enrollment information and HIVRN clinical data. The primary objectives were to identify and describe characteristics of individuals who had a gap in Medicaid enrollment and evaluate characteristics associated with unsuppressed HIV-1 RNA at the end of a gap, which may suggest failure to access another source of coverage for antiretroviral therapy during the Medicaid gap.

Results suggested that male gender (adjusted odds ratio [aOR] 1.79) and younger than 50 years in age (P <.05) were associated with having a gap among all patients. Additionally, white patients were more likely to have a gap in Medicaid than Hispanic patients (aOR 0.70). Individuals enrolled in HIVRN after 2006, representing a shorter overall duration of HIV care, were less likely to have a gap compared with those who enrolled earlier (aOR 0.45). 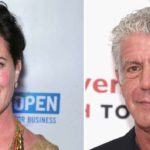 Suicide Rates on the Rise in Nearly Every State, Says New CDC Report