Low-carbohydrate, low-fat, and moderate-macronutrient diets (such as the Dietary Approaches to Stop Hypertension [DASH] or Mediterranean diets) are associated with modest weight reductions and blood pressure improvements, but their beneficial effects generally diminish or disappear after 12 months, according to the results of a systematic review and meta-analysis published in the BMJ.

The goal of the current systematic review and network meta-analysis of randomized controlled trials was to assess the effects of various dietary patterns on weight loss and cardiovascular risk factors for adults with overweight or obesity.

The researchers searched Medline, Embase, the Cumulative Index to Nursing and Allied Health Literature (CINAHL), the Allied and Complementary Medicine Database (AMED), and the Cochrane Central Register of Controlled Trials from inception until September 2018 to identify studies that randomly assigned adults with overweight or obesity to an eligible, popular named diet or an alternative active or nonactive control diet. Included studies were required to have reported weight loss or changes in lipid profile, blood pressure, or C-reactive protein levels. The investigators selected dietary programs with only structured advice for daily macronutrient, food, or caloric intake for a defined period (≥3 months), and excluded those that involved exercise or behavioral support.

At 6 months, compared with usual diet, low-carbohydrate diets had a median difference in weight loss of 4.63 kg, a reduction in systolic and diastolic blood pressure of 5.14 and 3.21 mm Hg, respectively, an increase in high-density lipoprotein (HDL) cholesterol of 2.31 mg/dL, and a reduction in low-density lipoprotein (LDL) cholesterol of 1.01 mg/dL. The effects of low-fat diets were similar for weight loss (4.37 kg) and blood pressure (systolic: -5.05 mm Hg; diastolic: -2.85 mm Hg), but these diets were associated with a greater LDL cholesterol reduction (7.08 mg/dL).

Overall, the effects of all macronutrient patterns and popular diets on weight loss were diminished at 12 months compared with at the 6-month follow-up. Moreover, the benefits for cardiovascular risk factors from all interventions, with the exception of LDL cholesterol reductions with the Mediterranean diet, essentially disappeared at 12 months.

The researchers acknowledged several limitations to the study, including low-certainty evidence for many of the comparisons, the paucity of direct comparisons between popular named diets, the small number of trials that reported on the target outcome at 12-month follow-up, and no data on adherence to diets.

“Compared with usual diet, moderate certainty evidence supports modest weight loss and substantial reductions in systolic and diastolic blood pressure for low carbohydrate (eg, Atkins, Zone), low fat (eg, Ornish), and moderate macronutrient (eg, DASH, Mediterranean) diets at six but not 12 months. Differences between diets are, however, generally trivial to small, implying that people can choose the diet they prefer from among many of the available diets…without concern about the magnitude of benefits,” concluded the researchers.

Diet and Exercise Medicine Obesity
Next post in Medicine 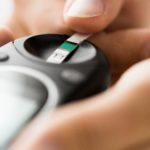