HealthDay News — The number of U.S. births decreased in 2017, reaching a 30-year low, according to a report published online May 17 by the U.S. Centers for Disease Control and Prevention’s National Center for Health Statistics.

Brady E. Hamilton, Ph.D., from the National Center for Health Statistics in Hyattsville, Md., and colleagues presented provisional data for 2017 on U.S. births. Data for 2017 were compared with 2016 data and earlier years.

For the third year in a row, the preterm birth rate increased to 9.93 percent. The 2017 rate of low birthweight was 8.27 percent, which was one of the highest levels reported since 2006. 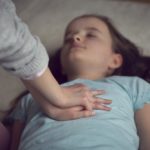