HealthDay News — HIV is being diagnosed sooner after infection than previously reported, according to a press release issued by the US Centers for Disease Control and Prevention.

According to the release, there was a 7-month improvement over a 4-year period, from a median of 3 years and 7 months in 2011 to 3 years in 2015. In 2015, the estimated timing from HIV infection to diagnosis was a median of 5 years for heterosexual males, 2.5 years for heterosexual females and female injection drug users, and 3 years for gay and bisexual males. The estimated timing from infection to diagnosis also varied by race.

There was also an increase noted in the percentage of people at increased risk for HIV who reported getting an HIV test the previous year. However, an estimated 40% of new HIV infections originate in individuals who don’t know they have HIV. In a recent study, 29%, 42%, and 59%, respectively, of gay and bisexual men, injection drug users, and heterosexuals at increased risk for HIV did not get an HIV test in the past year; 70% of high-risk individuals who were not tested in the past year visited a health care provider during that time period.

“HIV is being diagnosed more quickly, the number of people who have the virus under control is up, and annual infections are down,” CDC Director Brenda Fitzgerald, MD, said in a statement. 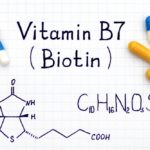