Clinicians should not allow their own preconceptions about aging to prevent them from providing optimal care to their older patients, according to the lead author of a study linking everyday ageism to a higher prevalence of physical and mental health problems.

“Take the time to get to know older patients as individuals and ask questions about their needs and preferences, rather than make assumptions based on age,” said Julie Ober Allen, PhD, MPH, of the University of Oklahoma in Norman. “Clinicians who are more aware of their assumptions and stereotypes about aging and older adults, which we have all been socialized to have, are better able to monitor their behavior to make sure they don’t act on ageist beliefs.”

Dr Allen recommends that clinicians discuss aging-related cognitive and physical change as a part of human development across the life course rather than inherently representing decline, loss, or something to mourn. While older adults often are resilient, they also may be less likely to adapt successfully or ask for support from others if they believe these efforts will not make a difference. “There’s other research indicating that negative beliefs about aging may serve as a self-fulfilling prophecy,” Dr Allen said.

She and her colleagues surveyed 2035 individuals aged 50 to 80 years from the National Poll on Healthy Aging. The higher a person’s score on a scale of everyday ageism experiences, the more likely they were to be in poor physical or mental health, to have more chronic health conditions, or to show signs of depression. In this cross-sectional study, which was published online in JAMA Network Open, everyday ageism was found to be highly prevalent and associated with multiple indicators of poor physical and mental health.

While the study does not show cause and effect, the investigators noted that the linkages between ageism and health need to be explored further and taken into account when designing programs to encourage good health and well-being among older adults.

The researchers used the Everyday Ageism Scale, which calculates a score based on an individual’s answers to 10 questions about their own experiences and beliefs regarding aging. In the current study, 93.4% of the older adults surveyed said they regularly experienced at least one of the 10 forms of ageism. Approximately 80% agreed with the statement that “having health problems is part of getting older,” even though 83% described their own health as good or very good. This kind of internalized ageism also included agreeing with the statements that feeling lonely, depressed, or sad is part of aging.

In this study, 65% of the older adults said they regularly see, hear, or read jokes about older people, or messages that older adults are unattractive or undesirable. Interpersonal ageism was reported as a regular occurrence by 45% of the respondents. Interpersonal ageism was defined as older persons believing that others assume they have problems using technology, seeing, hearing, understanding, remembering, or acting independently, or they do not contribute anything of value.

“Everyday ageism is often subtle and may or may not be intentionally discriminatory,” the investigators wrote. They added that the “microaggressions” that that define everyday ageism “may communicate that older adults are not fully accepted and respected, appreciated for their individuality, or deserving of the rights and privileges afforded other members of society.”

Geriatrician John Morley, MD, of Saint Louis University School of Medicine in Missouri, said physicians need to treat older persons the same as other adults and avoid ageism in patient care. “Be careful not to use ageist language,” Dr Morley said. “Be respectful. Technology has a great future for geriatric care as the average physician has poor understanding of geriatric syndromes. Health care professionals need to know the computer literacy of their older patients. When it’s poor, they need to work with a family member if the patient agrees.”

While portals can greatly enhance care, physician interaction with patients remains central to ensuring communication barriers are address. Dr Morley said office staff should have protocols to address older patients’ communication capabilities and prevent ageism in patient care. “In persons with poor digital skills, the physician and his staff need to work directly with the patient,” he said. “The digital testing can be done in the office by an office staff. We are in a large digital divide and health care professionals need to assess how the patient wishes to interact.”

Dr Allen agrees. Having options and asking patients how they prefer to communicate is an important, perhaps under-recognized, aspect of healthcare provision, she said. Addressing the issue of digital skills could also benefit other groups who are affected by the digital divide, such as low-income individuals, rural patients, and those who are simply less tech savvy, she said.

Wanda Jirau-Rosaly, MD, a geriatrician at the Medical College of Georgia at Augusta University, said there is a great deal of societal misinformation and preconceived notions about aging. “Without conscious knowledge, physicians may be the ones giving older adults ageist messages and having ageist assumptions about our patients,” Dr Jirau-Rosaly said. “We must remember, older adults have lived life [and] have lots of living knowledge and experiences that they can even teach us about.”

Although younger individuals have grown up with technology, Dr Jirau-Rosaly said many of her older adults spend hours on the internet browsing instead of watching TV. “To me, more than technology causing a divide due to age is the fact that we do not communicate as well. We write a couple of sentences through a portal,” Dr Jirau-Rosaly said. “Technology feels impersonal and that is what may create the age divide. Some of my patients show me how to use different applications on my phone. Assuming that technology is an aging issue is ageist in itself. Asking the patient how they prefer to communicate is best practice.” 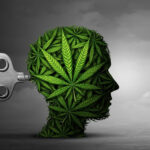 High-Potency Cannabis Use Associated With Higher Risk for Psychosis