HealthDay News — Cardiorespiratory fitness (CRF) improves mortality risk prediction beyond conventional risk factors, according to a study published in the May issue of Mayo Clinic Proceedings.

Jari A. Laukkanen, M.D., Ph.D., from the University of Eastern Finland in Kuopio, and colleagues evaluated data from 58,892 participants (aged 40 to 69 years) in the U.K. Biobank Prospective Study (2006 through 2010). Participants completed baseline questionnaires and submaximal bicycle tests to assess cardiorespiratory fitness.

During a median follow-up of 5.8 years, the researchers identified 936 deaths. There was a linear association between cardiorespiratory fitness and mortality risk. Comparing the first and fifth quintiles of CRF among those at minimal pretest risk, small pretest risk, and medium pretest risk, the hazard ratios (95 percent confidence intervals) for mortality were 0.63 (0.52 to 0.77), 0.54 (0.36 to 0.82), and 0.81 (0.46 to 1.43), respectively, versus 0.58 (0.48 to 0.69) for the overall population. Adding CRF to a five-year mortality risk score based on established risk factors was associated with a C-index change, integrated discrimination improvement, net reclassification improvement, and improved goodness of fit.

“Do we really need to make CRF evaluations a standard part of a medical exam? Based on what we learned, the answer is ‘yes,'” Laukkanen said in a statement. “Submaximal exercise testing in order to factor in CRF levels with conventional risk factors should be routinely used by clinicians to determine whether high-risk patients need additional interventions.” 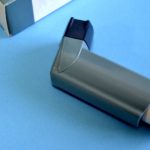