Rates of drug use have been found to be dependent on gender and are associated with risk factors for cardiometabolic disease. These study findings were presented during the Psych Congress 2020 Virtual Experience, held online from September 11 to 13, 2020.

The investigators did not observe a correlation between drug use and 3 or more cardiometabolic disease risk factors.

This study was limited both by the cross-sectional design of the NHANES data, which makes longitudinal comparisons between drug use and disease risk factors impossible, and by the self-reporting nature of the data. It may be possible that respondents are not providing honest answers, which would cause an underestimation of effects.

The conclusions drawn from these data were that gender differences exist in alcohol and drug use and that a trend of increased use is occurring in the United States. Clinicians should be aware of the relationship between cardiometabolic disease risk factors, especially increased waist circumference and abnormal HDL cholesterol among men, when assessing health of drug users. 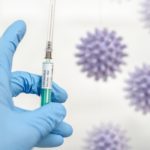