The rate of overall death due to cancer continues to decrease, down by a total of 27% from 1991 to 2016, according to a recent report on cancer statistics.1 This translates to more than 2.6 million fewer cancer deaths than would have occurred if the rate of death due to cancer had remained at peak value.

“This is slightly surprising, only because the other leading causes of death either seem to be plateauing or increasing,” Rebecca L. Siegel, MPD, of the American Cancer Society, told Cancer Therapy Advisor. “We are still seeing a decline for cancer.”

Among the reasons for this continuous decline are reductions in smoking rates, and improvements in treatment and, susequently, survival, Siegel said. Early detection of certain cancers, such as breast and colorectal malignancies, has also played a role.

Based on these data, it is projected that there will be more than 1.7 million new cancer cases in 2019 and more than 600,000 cancer deaths. Data from the past decade indicate that the cancer incidence rates in women have remined stable, and decreased by about 2% per year in men. Cancer death rates have decreased by 1.4% in women and 1.8% in men.

“This is fantastic news,” Siegel said. “At its peak in the early 90s, mortality was 33% higher among blacks than whites, but is only 14% higher today. The gap is closing.” 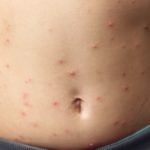