For more than 50 years, researchers have examined the effect of a ketogenic diet on patients with behavioral health disorders.1 Despite this breadth of research, most of the studies have lacked depth, consisting mostly of case reports, animal studies, and small-sample open studies rather than controlled trials.1 Although researchers remain cautious, a review of research reveals that the popular diet may hold some promise for individuals with mental health disorders.

How Does the Ketogenic Diet Affect the Brain?

The ketogenic diet is an established option for treatment-resistant epilepsy, as evidenced by a range of studies, including controlled trials.1 The diet also has shown promise for managing other brain-based disorders, such as Parkinson disease, amyotrophic lateral sclerosis, traumatic brain injury, multiple sclerosis, and chronic headaches as well as for metabolic disorders such as obesity, cancer, and type 2 diabetes.2

Unfortunately, it is unclear how ketogenic diets work to control seizures, let alone how they may improve psychiatric symptoms.2 It may pertain to the presence of ketones, reduction in blood sugar, reduction in insulin and other growth-promoting hormones, or the combination of all of these.2 Other theories include altered neurotransmitter levels, changes in electrolyte gradients (lower intracellular sodium and calcium), reduction in markers of inflammation, and improved mitochondrial function.2

“The general consensus is that the brain functions more cleanly and efficiently when a significant portion of its energy comes from ketones, calming overactive and overly reactive brain cells,” Georgia Ede, MD, a board-certified psychiatrist specializing in nutrition-focused counseling, explained in Psychology Today.2

What the Research Reveals

A review of the literature reveals the following about the ketogenic diet’s reaction with diseases1:

The Bostock review did not include studies regarding how the ketogenic diet affects dementia and Alzheimer disease. A 6-week study of a low-carbohydrate diet in persons with mild cognitive impairment saw improvement in verbal memory, with greater benefits for persons who achieved higher ketone levels.2 The cognition and function of a man with Alzheimer disease “significantly improved” with the use of ketone supplements during a 20-month case study.2

A review of the effect of the ketogenic diet on patients with epilepsy concluded that3:

According to researchers, there are several reasons why the effectiveness of the ketogenic diet in mental disorders is difficult to prove1:

The ketogenic diet may also cause adverse effects, including1,2:

Dr Ede agreed that the research is not there — yet.

“Nutrition studies are hard. Blinding is nearly impossible, funding is hard to come by, compliance is challenging, and controls are difficult to design,” Dr Ede explained.2 “Fear, bias, and nutrition miseducation limit the number of scientists interested in and willing to conduct studies of low-carbohydrate, high-fat diets. We clearly need high-quality human studies exploring the effects of ketogenic diets on mental health disorders, as many clinicians and patients will be afraid to utilize this diet without stronger evidence.”2

Most researchers agree that low-carbohydrate diets can help stabilize brain chemistry, particularly for patients who are not responding to other treatments. Psychiatrists interested in recommending the ketogenic diet to a patient may benefit from consulting with a dietitian or primary care provider with expertise in ketogenic diets.2

Diet and Nutrition General Psychiatry Medicine
Next post in Medicine 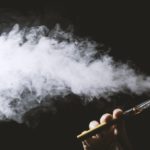