A study published in BMJ Supportive and Palliative Care found that a medical specialist consultant- and governance-led bereavement service that answers families’ clinical questions and addresses concerns about the quality of care received by a patient who has died may reduce complaints and litigation.

Caris E. Grimes, MD, from the Medway NHS Foundation Trust in Gillingham, United Kingdom, and colleagues set up a bereavement service model as a pilot project to reduce complaints, litigation, and coroners’ inquests, and to support families. They sent invitations to next of kin after the death of a patient, and those who responded were offered a 1-hour appointment with a consultant and a member of the governance team. The group took notes to track issues and provided families with feedback sheets to assess the usefulness of the service.

Between May 2017 and January 2018, the authors sent out 121 invitations. Of the invited families, 18 (14.9%) responded and used the service. Of those using the service, 83% had unanswered clinical questions and 78% had questions regarding governance and quality of care.

The most common clinical questions regarded management or treatment, timing of investigations or treatment, and whether an earlier diagnosis or treatment could have saved their family member. The most common quality-of-care questions were about quality of nursing care, communication with and between health professionals, and the need for reassurance that where quality of care was believed to be substandard, future patients would not encounter the same.

After the meetings, the team received feedback indicating that 44% of families would have made a complaint if the service had not been available. Two families reported that they had already sought legal advice before attending the bereavement service, but after doing so, they pursued no further legal action.

The authors noted that their experience led them to believe that a bereavement service should be led by a medical consultant with specialist expertise, primarily because of the technical nature of the complications involved in the cases. Furthermore, they felt that this type of service provides closure to families. They suggested further research to determine whether such a service would reduce the costs to the National Health Service from complaints and litigation. 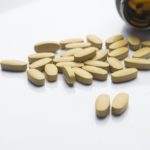 How Effective Are FDA Notices of Prohibited Stimulants?