When measuring the effect on antibiotic resistance, it is important to consider the antibiotic exposures of “bystander” pathogens, in addition to the target organism, according to findings published in the Proceedings of the National Academy of Sciences USA.

Bystander selection is defined as “the inadvertent pressure imposed by antibiotic treatment on microbes other than the targeted pathogen,” by the study investigators. Bystander selection is hypothesized to be a major factor in the development of antibiotic resistance, but the extent has not been well studied. In this study, the researchers examined the effect and extent of bystander selection on antibiotic resistance, specifically as a result of outpatient prescribing for a wide range of clinically relevant species and antibiotic combinations. The National Ambulatory Medical Care Survey and National Hospital Ambulatory Medical Care Survey were used to estimate prescription volume and associated diagnoses and the Human Microbiome Project, along with other studies, was used to estimate the microbial communities subject to selection.

Findings showed that the proportion of bystander exposures exceeded 80% for 8 of 9 organisms for exposure to any of the antibiotic classes included in this study. It was also above 80% for 133 of 153 (86.9%) antibiotic-pathogen pairs. These results suggested that for most antibiotic and pathogen combinations, fewer than 20% of the exposures occur in the context of treating a disease caused by that organism. For example, 83.9% (95% CI, 80.9%-86.6%) of Streptococcus pneumoniae exposures to penicillin and 93% (95% CI, 90.7%-94.5%) of exposures to macrolides occurred when S pneumoniae was not the target pathogen of disease.

Researchers also demonstrated that “off-target antibiotic exposures also contribute to resistance dynamics in other ways not captured in this analysis, including selection for resistance elements among nonpathogenic bacteria that may be horizontally transferred to pathogens and depletion of beneficial bacteria which play active roles in metabolism, pathogen resistance, and immune responses.” 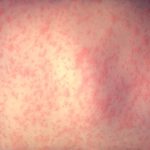