In patients with rheumatoid arthritis (RA), higher body mass index (BMI) is associated with lower foot health, indicating that future RA research should consider BMI as a possible therapeutic target for improving foot health in this population, according to findings published in the Scandinavian Journal of Rheumatology.

High BMI is prevalent in patients with RA, with a possible effect on foot joints. The aim of this cross-sectional study was to examine possible associations at a single point in time of BMI and foot pain, deformity, functional limitations, and synovitis in patients from the Amsterdam Foot cohort with RA (n=230; mean age, 58±13 years; 80% women). In the regression analyses, the independent variable was BMI and the dependent variables were foot pain, forefoot plantar pressure, foot synovitis, foot-related activity limitations, and foot deformity.

The findings showed that higher BMI was associated with small to modest reductions in many of the studied measures of foot health. The most notable association was that of higher BMI and increased foot pain. With a B value (unstandardized regression coefficient) of 0.12, every 1-point increase in BMI produced a 0.12-increase in pain as measured using a 0-10 numeric rating scale (P =.001).

Study investigators concluded that these findings, particularly the associations between higher BMI and increased foot pain and activity limitations, suggest the need for “mechanistic and longitudinal studies, including the effects of interventions.”

Diet and Nutrition Medicine Rheumatoid Arthritis
Next post in Medicine 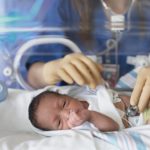