Another recent patient, Mildred, had colorectal cancer that was already in an advanced stage at the time of diagnosis. She had presented to the ED with abdominal pain that turned out to be an obstruction requiring surgery and a colostomy. She was barely beginning her post op recovery when she was told her surgery had confirmed the worst suspicion: she had cancer, it was stage IV, and it was incurable. But Mildred is pragmatic by nature. She took in the information, was able to express her surprise and distress, but also immediately said, “Okay, so what is next?”

Next was chemo. She bolstered her strength, followed all medical instructions and education, and handled the chemo relatively well. Throughout her treatment she followed the diet outlined by the Dietitian exactly as it was described to her — low residue, bland. The objective was to prevent another obstruction. Her initial response to chemotherapy treatment was robust, and she felt well for several months. Following a rather unappealing diet was acceptable because it mitigated her risk of blockage. Eating conservatively was its own treatment plan, and she embraced it with the same commitment as she had her post op recovery instructions and her chemo regimen. As long as her cancer responded, she was willing to abide by the dietary restrictions.

But her cancer stopped responding to treatment. She began to have more symptoms: pain, nausea, and an abdomen she called “my 7-months-pregnant-belly.” The notion that following a strict diet would prevent problems with her cancer no longer had the same draw.

Her question was, “Do I have to stay on the low-residue diet?” Every person she asked — dietitian, medical/oncologist, surgeon — answered the same way. “Yes. You are at greater risk of another obstruction, so a low residue diet is important.” When she complained about how unpalatable it was, the response did not change. “Stay on the diet.”

Was she asking the right question? Were we answering her question correctly? Of course, technically from all medical standpoints, following the restrictive diet was important. But Mildred’s question was not about the diet. It was about putting the diet and risk of obstruction into context.

Mildred understood the risk of obstruction, after all it had been explained and reinforced as a basis of advocating for the diet. And more than anyone advising her, Mildred knew what an obstruction felt like. But she also knew that not being able to eat the foods she wanted had taken on new significance for her as she got closer to dying. “I don’t want to go hog wild,” she said, “I just want to eat some of the foods I like that everyone is saying I should avoid.”

What is the question? Which brings me back to kids in a car on a long drive. “Are we there yet?” “How much longer?” Both of these patients/families were waiting and wondering the same thing. Sam could not see the road ahead. After asking and answering his question again and again, it was time to reassess, time for us to ask a question. “I wonder if you are trying to ask something else.” Instead of repeating our answers, getting frustrated, and wondering why he didn’t understand, it was up to us to reframe his question. For Mildred, she was clear. She wanted to be able to eat the foods she liked. But her question was bound to get the same clinical response, “stay on the diet.” Yet her question was also different than what she appeared to be asking. She wanted permission to veer off the strict diet because she understood her time was limited. She had to reframe the question for those she posed it to.

Accepting that kids don’t understand when they ask “how much longer is the car trip” is easy. We reassure them. We entertain them. What about Sam and Mildred? Do we give them the same accommodation? In so many ways, the questions they were asking were the same. “Are we there yet?” “How much longer?” And the question for all of us — the communication challenge — is figuring out how to answer the question that may not be asked yet persists.

Ann Brady is a symptom management care coordinator at a cancer center in Pasadena, California. 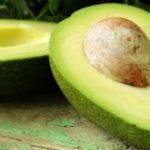