Antibiotic use, regardless of class, was associated with an increased risk for inflammatory bowel disease (IBD) among older adults, according to study results presented at Digestive Disease Week (DDW), held from May 21 to 24, 2022, in San Diego, California, and virtually.

The fastest growing subpopulation of IBD is among individuals aged 60 years and older. It is established that these patients have lower genetic risk, so it is likely that environmental exposures play an important role in the development of the disease later in life.

As antibiotic use has been associated with IBD onset among younger populations, researchers sought to evaluate whether antibiotic use plays a role in older-onset disease. Using nationwide registries in Denmark, researchers retrieved data on residents aged 60 years and older who were exposed to antibiotics between 2000 and 2018. Study participants were evaluated for IBD diagnoses.

This study may have included some bias, as IBD is likely underdiagnosed among older adults.

The study authors concluded that antibiotic exposure, no matter what class, increased risk for IBD among individuals aged 60 years and older.

“Antibiotic stewardship is important; but avoiding antibiotics at all costs is not the right answer either,” Dr. Adam S. Faye, lead study author, said in a DDW 2022 news release. “If you’re not sure what you are treating, I would be cautious. If patients are coming in with clear infections, and they need antibiotics, they should not be withheld because of these findings.” 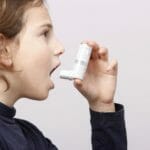